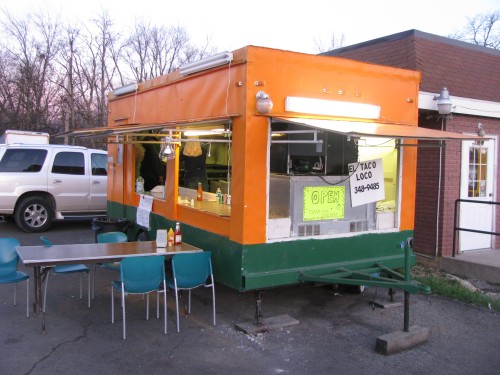 With the opening of Taco Loco we officially declare taco truck season 2010 open. Yes, of course we know that the more hard-core taco lovers have been huddling around heaters and sipping atole all winter, but the warmer weather means more trucks, longer hours and enjoying a leisurely meal in the fresh air.

The first of the new trucks is Taco Loco ‘the crazy taco stand’, a reincarnation of the orange truck formerly known as El Tizoncito and parked in the same location. We’re not sure what makes it crazy, the owners were friendly, competent and seemed completely sane and the truck offers standard and solid taco truck fare. As well as tacos, burritos, quesadillas and tortas they also have Mexican hamburgers and cheeseburgers. It’s a new truck so they may add new menu items or adjust their hours as they see how business develops.

The ‘soft taco’ is a flour tortilla with American style toppings. We sampled a few tacos and were really impressed with the juicy chunks of lengua (although the picture below is of buche.) Warning, the red and green salsa are both pack some heat – hotter than average. 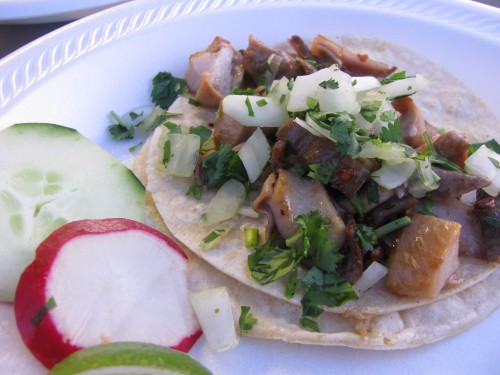 We are already planning our first taco truck tour of 2010 – stayed tuned for a proper announcement soon.