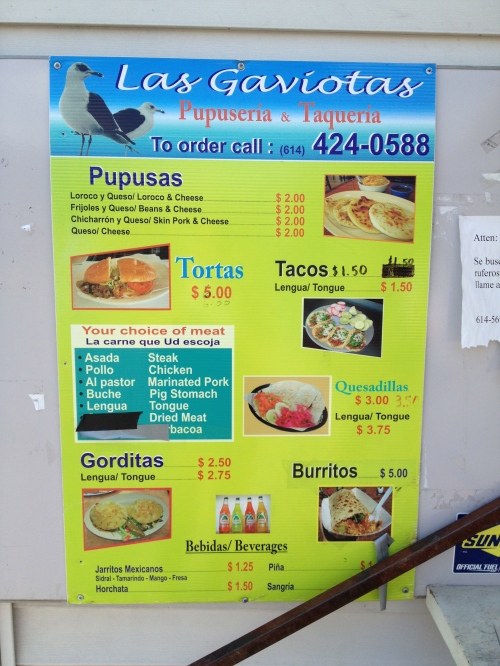 Las Gaviotas (which means ‘the seagulls’) is a Honduran-owned truck serving pupusas alongside standard taco truck fare. We thought that the truck looked familiar and indeed it was – it’s the old Chapis taco truck in a new incarnation. 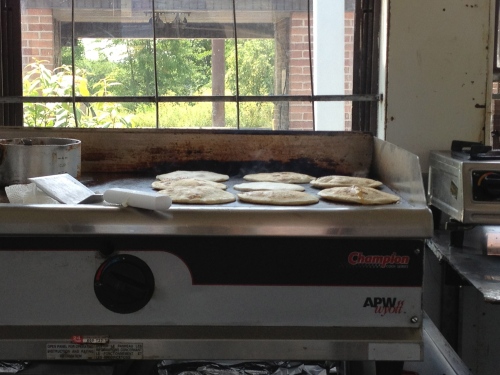 There is a choice of four flavors of pupusa and all were made from scratch upon ordering. They were the plumpest pupusas we’ve come across in Columbus and were dubbed the ‘double-stuffs’ of the pupusa world. We tried the cheese and bean and the cheese and chicharron. The cheese and bean filled pupusa was universally popular. We couldn’t find much evidence of pork skin in the chicharron pupusa but that may have been a good outcome. 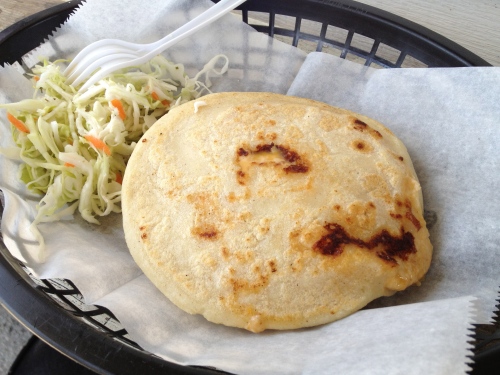 We really liked the curtido (pickled slaw). It was milder in flavor than some renditions and was a refreshing accompaniment on a hot day. 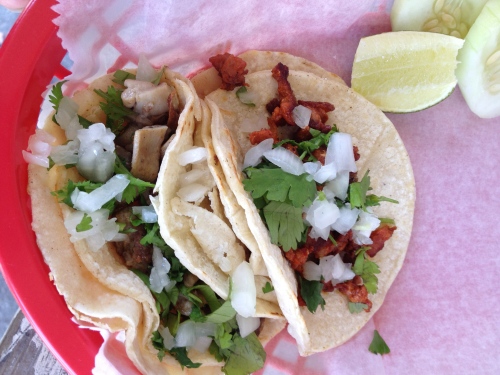 We tried the al pastor and buche tacos. The buche was very good, mild in flavor which suggests it has been carefully cleaned and prepared. The al pastor was pretty average. One notable thing is the tomatillo salsa looks fairly innocuous but is made with habanero peppers; delicious but not for the heat averse. Next up was a lengua gordita. The shell was prepared to order and was much less greasy than is often the case, but conversely the lengua was the greasiest we have had and the flavor suffered as a result.